Do you know which cocktail is the best?

It is certainly not easy to say which cocktail is the best. Even less which is the most popular. But judging by the name it is Mai Tai. The Mai Tai is one of the most popular tropical cocktails. It has a rich history and was invented in 1944 by Victor J. Bergeron, also known as Trader Vic.

On a fateful night in 1944., Vic was keen to produce an innovative cocktail that would fit right in with his new French Polynesian menu and become his establishment’s signature drink.

The story behind the naming of the cocktail goes somewhat like this. While meeting with some Tahitian friends, Trader Vic decided to whip up a couple of his famous drinks for them to sample. “Maita’I roa a’e!” said one of his buddies after serving a round of drinks. That means “out of this planet!” in English. “The very best!” As a result, the Mai Tai (The Best) was born.

Mai Tai is undoubtedly an icon of Tiki culture. Tiki culture may be traced back to ancient Polynesia. Tiki carvings are thought to symbolize a Polynesian God and were initially discovered in Polynesia. They’re an important aspect of mythology, culture, and history throughout the South Pacific. That is why Mai Tai has become a symbol of relaxation and entertainment. However, like with every popular tiki cocktail, there is significant debate regarding where the drink originated. Trader Vic’s recipe was allegedly inspired by a punch recipe, according to Donn Beach of Donn the Beachcomber. This claim was refuted by Trader Vic’s.

The Mai Tai’s origins may be traced back to people’s desire for a carefree and serene environment during the Great Depression. Indeed, one of the Mai Tai’s and Tiki’s charms is their capacity to help people forget about their problems, big and little.

The Mai Tai started its fateful journey to Hawaii in 1953. Bergeron was engaged by Matson Steamship Lines to handle the cocktail menus for the bars at its Royal Hawaiian and Moana Surfrider Hotels, which has since been credited with making the Hawaiian Islands a popular tourist destination. Bergeron utilized pineapple and orange juices to sweeten his recipe for a more tourist-friendly drink at the Royal Hawaiian Hotel in Waikiki in 1954. This sweeter version soon replaced the original and became a popular drink on menus across the United States and other parts of the world.

Not wanting to get into discussions about the right recipe for Mai Tai, we want to invite you to one of our locations where you can enjoy a wide choice of cocktails, as well as excellent food. You can definitely try our Mai Tai and experience the well-deserved moments of hedonism. 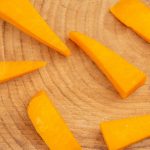 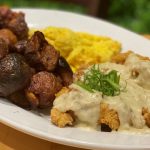 The most important meal of the dayBreakfast, Brunch, Chicago, Chicago Waffles