One more word about cocktails

In one of the previous blogs we wrote about cocktails, and now we want to introduce you to some more interesting details about them. We want to share with you a few more interesting facts about the origin of this magical pleasure for the sense of taste.

We all know that liquor abuse is not desirable for our health. It is common knowledge how much of a downer drinking liquor can be for your health, weight loss, or mood. However, everyone likes to relax a little from time to time, and escape from everyday problems.

And for such an occasion, one of the best allies is a good cocktail. As one famous saying goes: “You can’t buy happiness, but you can prepare a cocktail. And that’s kind of the same thing.“

The history of the cocktails is loaded with many interesting and engaging stories. Also, with some conspicuous theories and colorful legends. There is no reliable information about where the first cocktails originated and how they got that name. According to one claim, they were invented in Mexico and named after an Aztec princess. According to another story, they were invented by Betsy Flanagan in Four Corners in New York, the third story claims that they originated in New Orleans and are named after a French egg cup.  There was no proof for any of them.

Word “cocktail” was first defined in 1806 by The Balance and Columbian Repository of Hudson, New York as “a stimulating liquor composed of any kind of sugar, water, and bitters, vulgarly called a bittered sling.” It was on 13 May 1806 that the first known documented definition of the term cocktail was published. That documented definition has been commemorated with May 13, which is commonly known as World Cocktail Day.

The first written guide to cocktail making was issued in 1862 by well-known American bartender Jerry Thomas. Cocktail shakers were invented in the late 1860s, and since the ice was more available than it had been earlier, the peculiar way to ice a drink became significant.

Although there is a lot of talk today about the harmful effects of alcohol, our intention is by no means to promote its abuse. However, on the other hand, a drink or two can certainly have a positive effect on your mood without compromising your well-being in any way. Some studies have also shown that boozing on occasion has some perks. Especially when it comes in colors that give us both visual pleasure and improve the mood.

Over time, the art of mixing cocktails has been perfected and today there are countless combinations that attract with their vivid colors and even more attractive taste. You probably have your favorite cocktail too, so as we do.

We from Chicago Waffles are not only artists in making the most delicious waffles and pancakes, but we will also surprise you with a wide selection of cocktails that will satisfy even the pickiest customers. Take a look at our cocktails offer and choose the cocktail of your choice. And when you’re already here, pair it with your favorite waffles and enjoy in magical flavors. 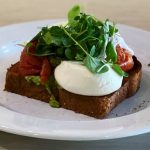 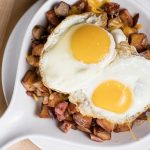